How to Stay Fit Mind and Body At Home

BlueChew Review: How This Chewable ED Tablet is Changing the Game 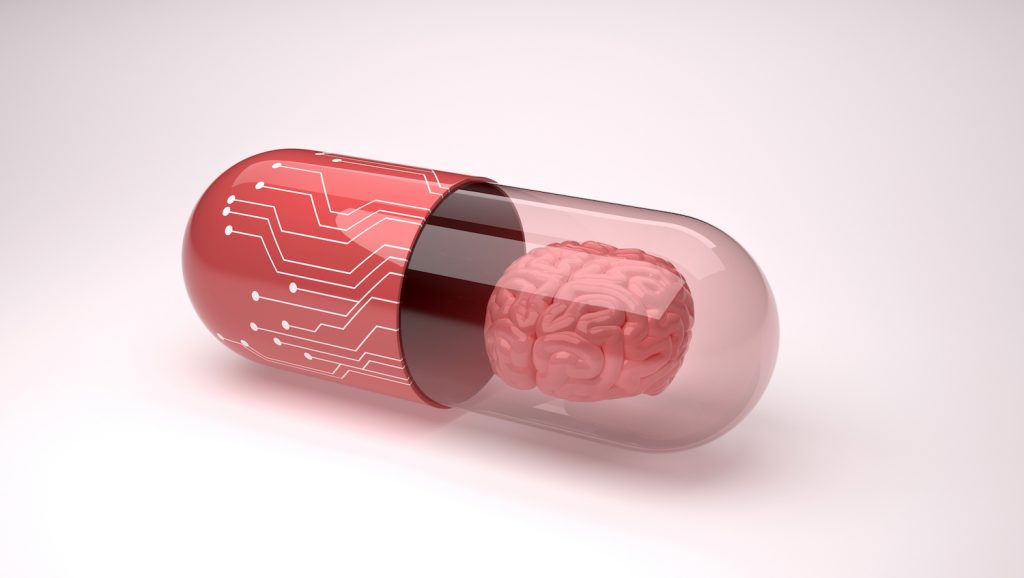 In today’s age of entrepreneurial competition and innovation, people of all ages are vying for ways to get ahead of the curve when it comes to personal performance. Business executives and students alike yearn for a healthier and more sustainable alternative to pharmaceuticals like Adderall and Ritalin; something to promote the firing and growth of brain synapses that promote learning, thought leadership, and other higher cognitive brain functions. While caffeine does its best to keep us awake, there exists an enormous diversity of other supplements which are designed to improve cognitive performance and thinking. These are called nootropics. 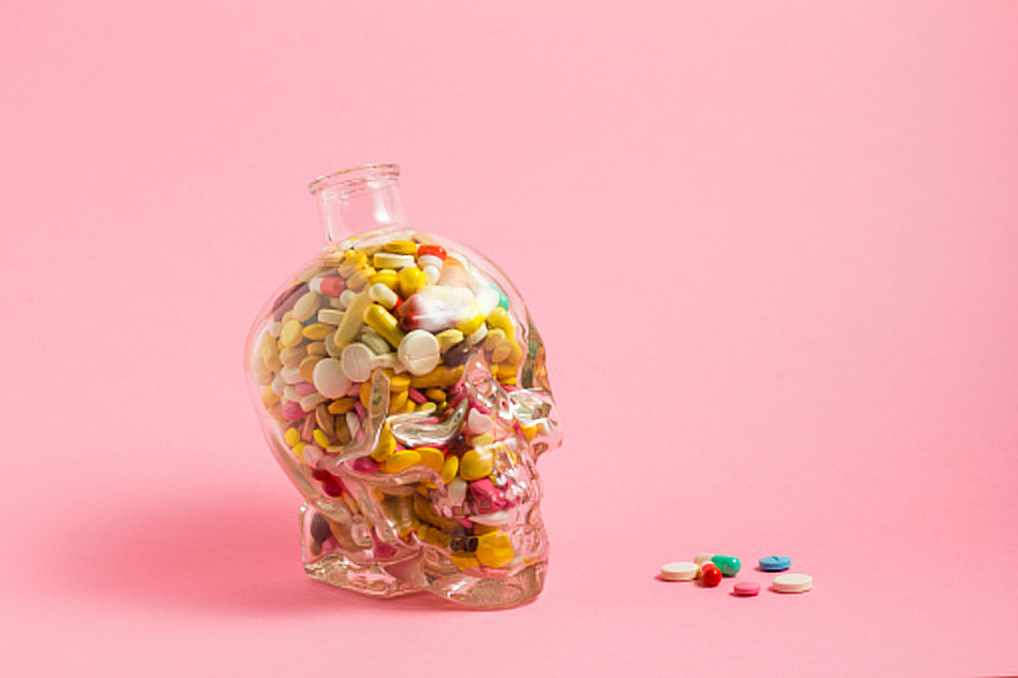 Simply put, nootropics are supplements that enhance brain performance by aiding with focus, concentration, learning, and memory. The term itself actually refers to a collection of chemicals designed to improve cognitive functionality, some of which are produced naturally, while others are created synthetically. The man who coined the term “Nootropic” was Dr. Corneliu E. Giurgea, and is renowned for his work in brain pharmacology and cognitive performance research. His background was in Psychology and Chemistry, both of which helped Giurgea to establish a basis of principles that went into his development of brain-enhancing drugs.

These 5 Nootropic principles are as follows:

During his time as a research scientist, Dr. Giurgea also developed what is regarded as one of the first nootropic supplements known as Piracetam. This specific compound was measured to increase creativity, boost learning, aid with memory, and help with brain circulation. Since then, many individuals and companies have developed their own neuro-enhancing supplements, ranging in various cognitive outcomes and effects.

To many, the term “Nootropic” has become synonymous with “smart drugs,” and in many cases this attribution makes sense. However, given the loose constraints defined in the above principles, many of us unknowingly consume nootropics on a daily basis. Caffeine is a common example, given that it promotes temporary alertness, can aid in some types of brain functioning, and has few side effects when taken in normal doses. On the other hand, many companies have produced more potent products that yield more significant and targeted effects, and these are the ones we will be focusing on in this article. 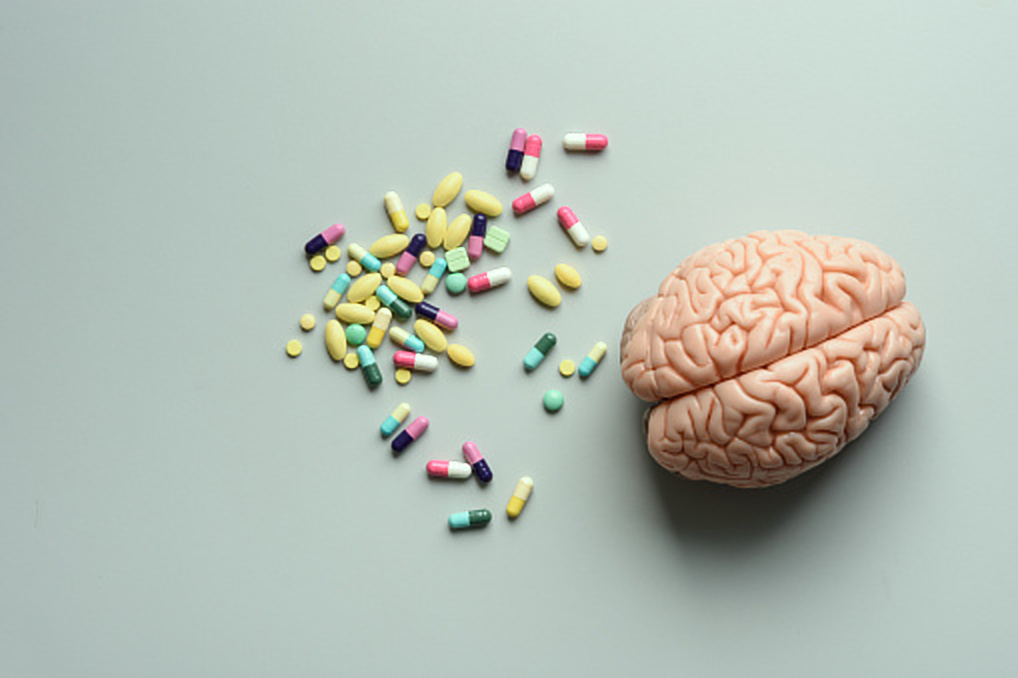 How Do Nootropics Work?

The brain sends messages to other parts of the body when the junction between two brain cells fires. This connection is known as a synapse, and the rate at which certain networks of synapses fire at any given moment facilitates physical, emotional, and chemical responses all throughout the body. Certain brain chemicals known as neurotransmitters are released by the brain to encourage certain synapses to fire – sometimes this is in response to external factors such as being startled, while other times it is induced via the consumption of a food or substance.

Take caffeine for example. This substance which is common in many foods and drinks works on the dopaminergic neural pathways within the brain by reducing the production of Adenosine, while increasing the production of Adrenaline. Both adenosine and adrenaline are neurotransmitters, however adenosine is responsible for making us tired, while adrenaline promotes alertness and wakefulness. 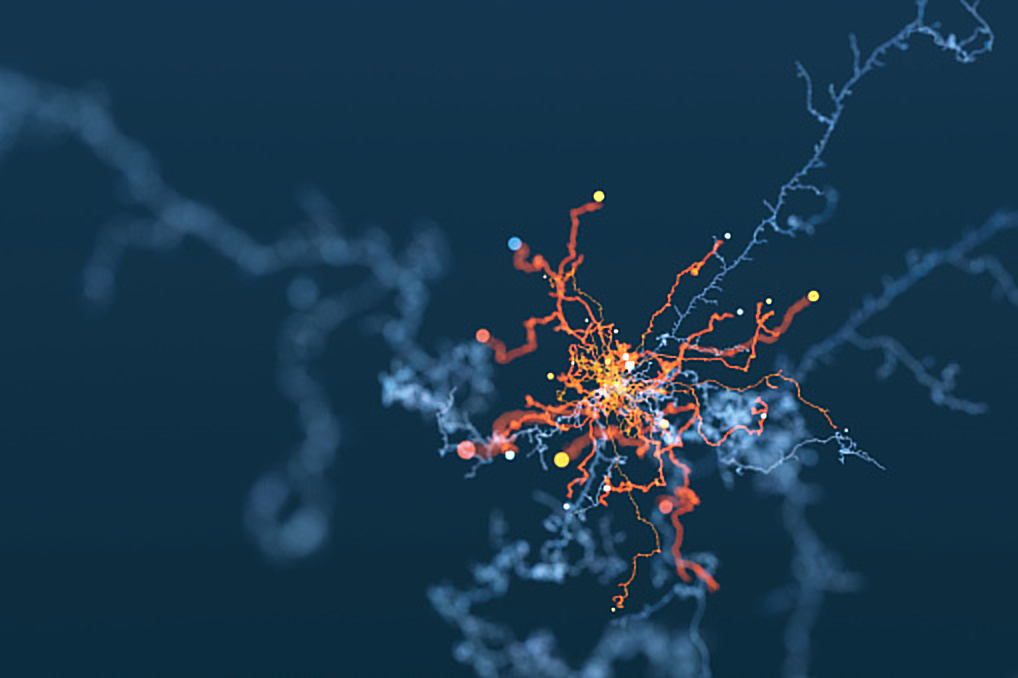 Which Neurotransmitters do Nootropics Target?

Acetylcholine is a neurotransmitter that plays a key role in learning, focus, memory, and decision-making. It is therefore a facilitator of the Cholinergic System, and can be found naturally in foods like fish, eggs, whey protein, and several other substances common in normal diets. Nootropics that promote the production of acetylcholine are referred to as “cholinergics,” and often prove to be highly effective since most people do not naturally consume enough of this chemical in their daily diet.

These neurotransmitters are usually more closely related to mood stabilization and motivation, seeing as adequate levels of serotonin can reduce depression, regulate anxiety, and promote feelings of happiness. By contrast, dopamine is most often associated with overall motivation and drive, interest, and can lend itself to one’s ability to start and finish tasks. Since both mood and motivation are crucial to task completion, it seems obvious that many nootropic companies offer products that work on both the serotonergic and dopaminergic systems.

Glutamate is another neurotransmitter that is vital to learning, memory, and overall brain health. While nootropics designed to work on the glutamatergic system are not usually as common as ones that work on the cholinergic or dopaminergic systems, several brain enhancement companies do offer options that target this pathway. 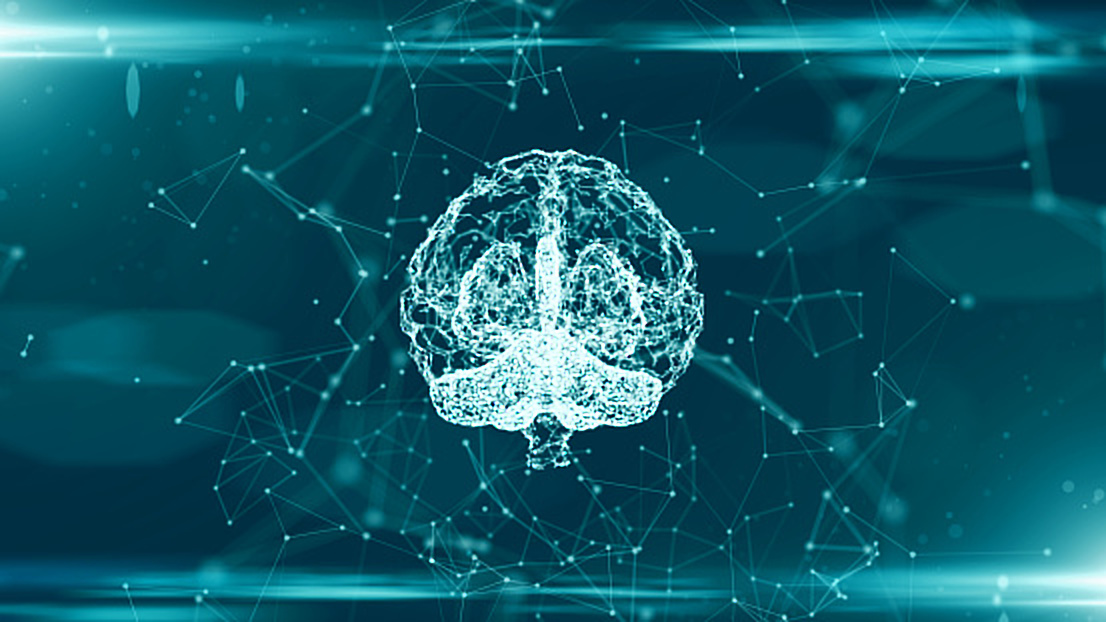 What are the Side Effects of Nootropics?

If you remember the principles of nootropics outlined above, you already know that one of the key foundations nootropics should abide by is to not produce negative side effects that reduce or inhibit the body’s normal functioning ability. However, given that there exists a wide variety of both clinical strength pharmaceuticals and all-natural nootropic products on the market, there is bound to be variance when it comes to producing side effects. Additionally, it is important to note that the majority of side effects caused by most of the over the counter solutions are the positive ones consumers are looking for: alertness, increase in learning and cognitive ability, and an improvement in decision-making abilities. We will cover both below.

Potential Positive Side Effects of Nootropics (contingent on stack type)

Potential Negative Side Effects of Nootropics (contingent on stack type)

With regard to headaches and possible fatigue, people sometimes experience these side effects simply due to the fact that the brain is working harder. In some cases this is because the Acetylcholine receptor sites start to “burn out.” Luckily, this can be counteracted by adding a Choline supplement to the stack, thus safely increasing the supply of Acetylcholine to reduce burnout.

While insomnia is sometimes a side effect of certain nootropic classes, it can rather easily be avoided by timing one’s doses to ensure that they are not taken too close to bedtime. Therefore, it may be a wise decision for some to take their nootropics with breakfast, leaving plenty of time for the drug to wear off before the evening.

Generally speaking, over the counter nootropics (ones you can obtain without a prescription) are considered safe and non-addictive. In fact, certain nootropics are known to activate neural pathways that can actually have lasting positive impacts on the brain, such as delaying or reducing the onset of Alzheimer’s or Dementia. These drugs are not habit forming, and are easy to stop taking. 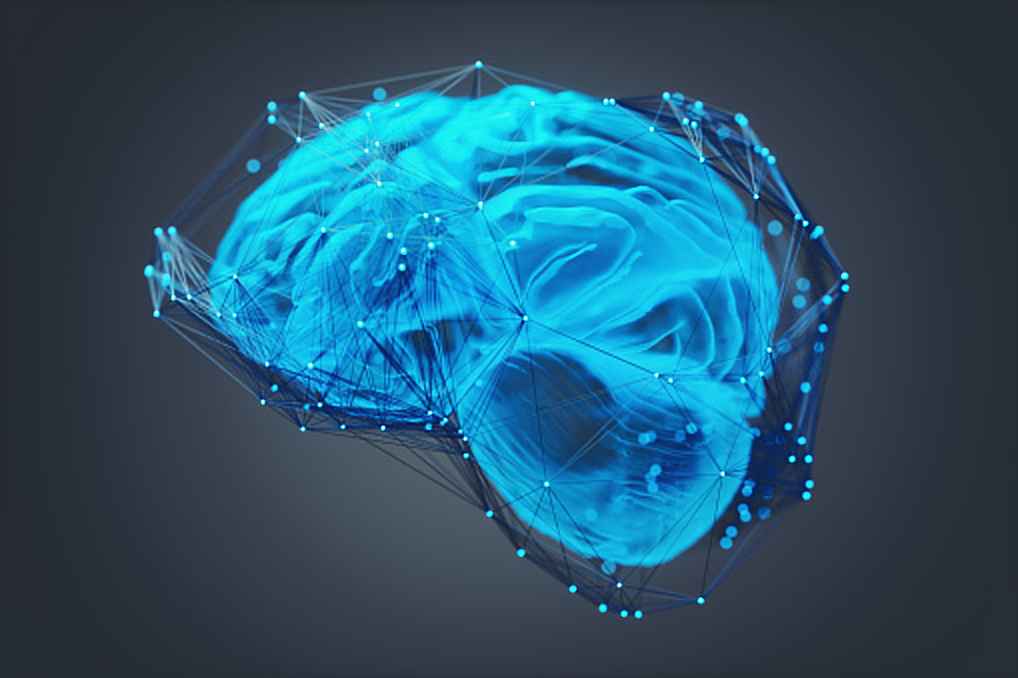 What is the Best Nootropic for Me?

Choosing the right nootropic all depends on your desired outcome. Which positive side effects matter the most to you? Creativity? Anxiety reduction? Do you want to improve your learning and memory ability?

If You Want Boosts in Creative Thinking

Seek out nootropics that contain Piracetam. This particular substance does not have stimulating effects like caffeine, nor is it a sensory product. Rather, it is most often linked to helping to boost creativity and activating the Acetylcholine receptors.

If You Want to Reduce Anxiety and Boost Mood

Look for nootropics that contain Noopept. It is actually a more potent derivative of Piracetam, and is typically consumed in much smaller doses. This type is known to have positive effects on the human stress hormone.

Look for enhancers that contain Aniracetam. This type supports the central nervous system and actually makes the brain more sensitive to glutamate, which is often linked to improved cognitive functioning, higher tolerance for stress, and improved mood.

If You Want Intense Focus

Look for supplements that contain Oxiracetam. Similar to other racetams, this nootropic improves memory, focus, and overall cognitive functioning. However, Oxiracetam is also a partial stimulant, which is ideal for battling fatigue and promoting motivation.

If You Want to Reduce Fatigue

Look for supplements that contain Adrafinil. This is one of the most powerful nootropics, and only needs to be consumed once or twice weekly. It is not recommended for everyday use, but is considered highly effective when you need that extra boost that coffee just won’t provide.

If You Want Increased Attention Span and Better Sleep

Look for supplements that contain Alpha GPC. What this does is increase choline levels in the brain, which is also linked to an increase in human growth hormone. When the body is producing more growth hormone, humans typically experience better sleep, energy production, endurance, and even weight management. With regard to brain functionality, the increase in choline levels most often is linked to increased attention span and memory retention.

If Stress and Anxiety are Getting in Your Way 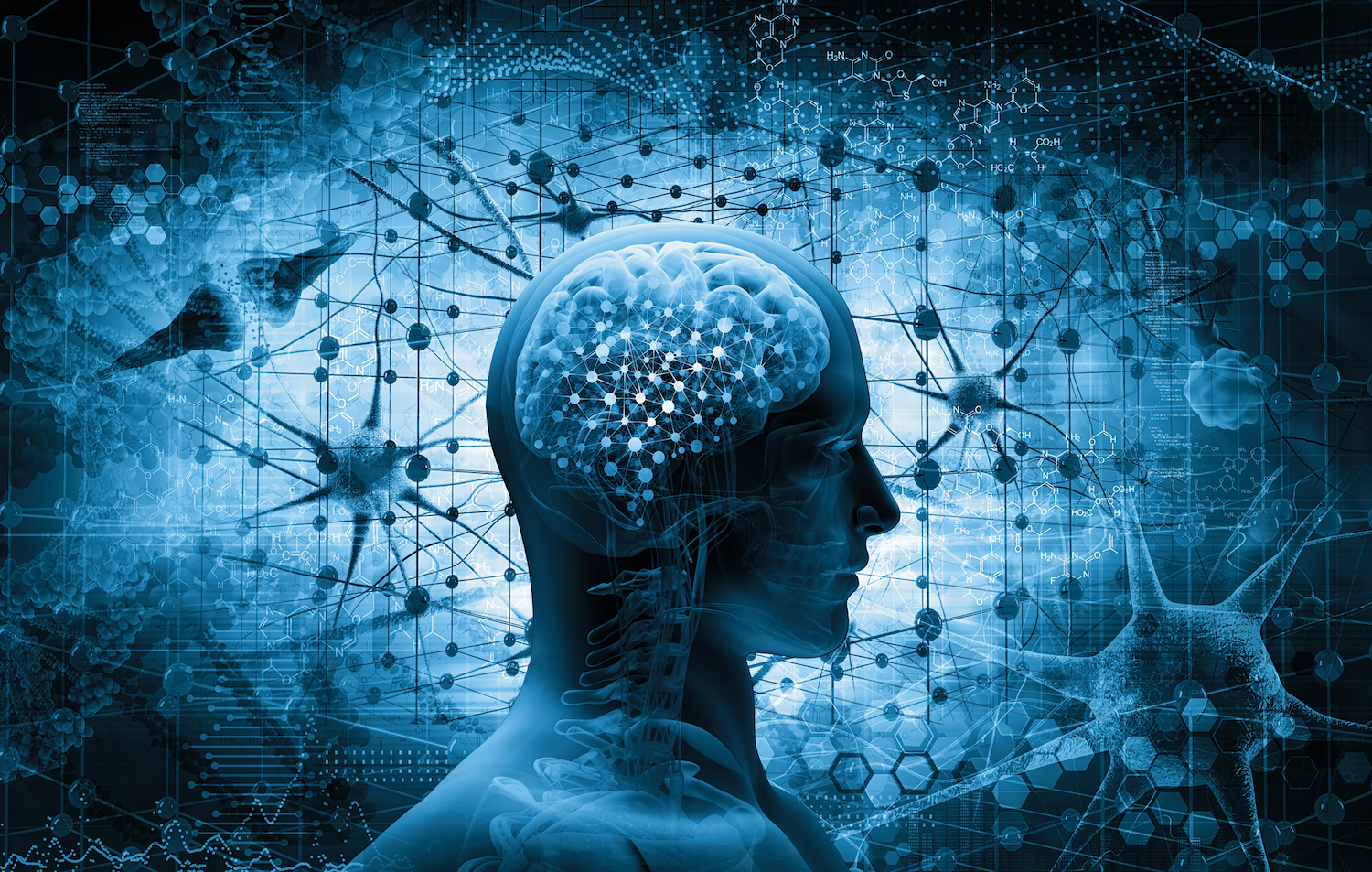 16 Best Earphones for Running that Don’t Fall Out 6732 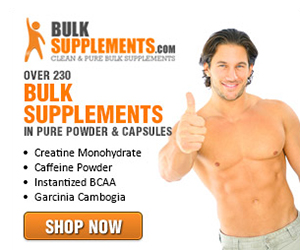 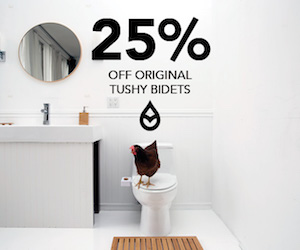 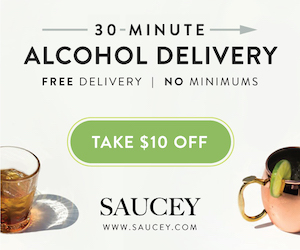 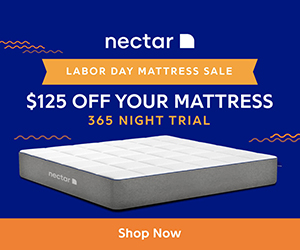 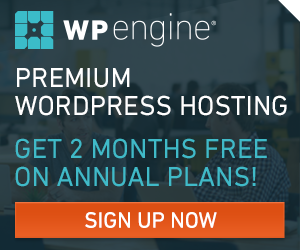